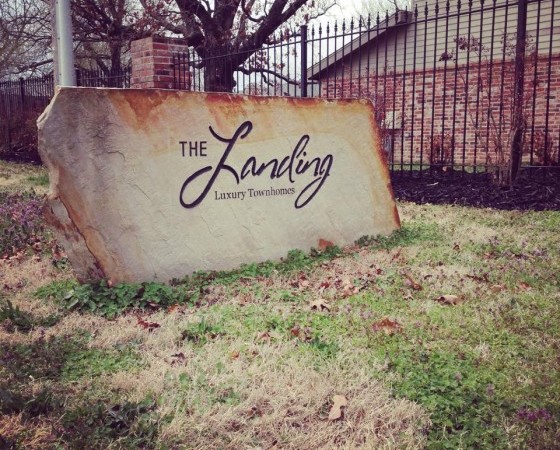 We’ve got a name for our current landing spot, “The Landing.” Appropriate don’t you think? So appropriate that we had it engraved in stone. Okay, not really. The stone came first. But Lainey and I saw it and the name seemed just right for where we find ourselves right now.

For some reason, “landing” sounds better than “settling” to me. I don’t know if it’s because of the parents who raised me or the mentors who mentored me but as I look back over the landscape of my life, I’ve been surrounded by pioneers. And to a pioneer, settling has always had negative connotations.

Pioneers don’t settle. Pioneers are drawn by what’s around the bend or over the hill. That’s quite a different attitude than that of a settler…not that there’s anything wrong with that. Just different, that’s all.

“Landing” describes pretty well where we are right now. We’ve landed in NW Arkansas while we await the birth of our very first grandchild. Interesting metaphor…going to a place to wait for the revelation that God will bring. We have the freedom, the flexibility and the enormous blessing of a place to “land” so we’re taking it. We’re landing here for a season.

I thank God for seasons, some long, some short. Knowing that seasons will change helps my basic sense of restlessness. But God, being God, is at once both a pioneer and a settler. It’s one of the puzzling mysteries about Him…that He’s new every morning and yet He never changes. In fact, as much as I like the promise of His newness, it’s His unchangeability that gives me the rock I can crash into.