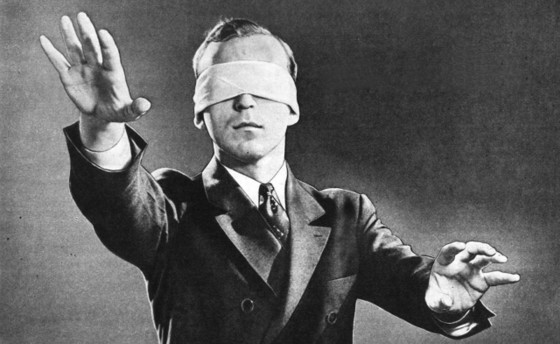 Over the last 14 months (the elapsed time of the current adventure in which we find ourselves) I have had to wrestle and struggle often with a dragon called  “Uncertainty.”

The relentlessness of not knowing.

It’s easy to believe when wrestling with this enemy (and this is one of Uncertainty’s most devious weapons) that you are alone. You look out from the fog and you realize you can’t see much but you can see what appears to be…oh…everyone else in the whole world seems to be getting along just fine. They’re on track. They’re in the groove. They’ve got it together. They know their next step and the next and the 10 steps after that. No uncertainty. No doubts. No second thoughts. Yep, you look around and determine that you are the only one feeling the way you are. Isolation is a terrible weapon to ward off. You are alone, singled out for misery. Brutal.

But Isolation is only one of a whole box full of deadly weapons Uncertainty brings to the battle. What makes dealing with Uncertainty so difficult is that he breathes new life into two other opportunistic enemies that lie dormant in the dark recesses of your soul just waiting for the chance to raise their ugly heads.

Once Uncertainty weakens you with isolation, he brings in his cohorts Fear and Insecurity, which together serve as his partners in crime to kick you while you’re down.

The first is Fear. It’s been said that fear is the opposite of Faith. And if Faith is required in order to please God, then when you fall to Fear you’ve found yourself on the wrong side of that equation.

Yes fear, in some circumstances, can protect you. A healthy fear of a grizzly in the wild can be enough to keep you alive. But let’s face it, in the vast majority of circumstances, Fear is unfounded and unreasonable.

Fear is the black bag that Uncertainty pulls down over your head to heighten the overwhelming sense of being completely out of control.

You’re damned if you move ahead. Damned if you stay where you are. You quake in the darkness, black bag over your head, too scared to move, too scared to stand. You wallow in the hot breath of Fear and the dragons have won the day.

That’s why I suppose Faith is such an all-important ingredient in our walk and why it truly takes Faith in order to please God. In the same way that it takes oxygen to live on this planet, it takes Faith to live in His Kingdom. Faith is that thing that allows you to find joy in the movement alone, not just in the destination. Heck, Faith is what keeps you moving, even when there is no destination in sight. That’s one thing I’ve learned in the last 14 months.

So after Uncertainty knocks you down with Isolation, he conjures up Fear to do his worst. Then he calls in the mop-up crew. Insecurity now approaches the battle line to wreak havoc. Insecurity holds Self Doubt in one enormous mitt and Second Guessing in the other. With surgeon-like skill, he backs you into a corner with lethal combinations, first the right, then the left.

Now you find yourself doubting the things that only moments before you knew to be certain. At once all the things you knew to be true have been thrown back on the table to be negotiated all over again. Then the deadly haymaker crashes into the exposed left side of your head. Now the new cancerous thought pounds in your brain, “Maybe, I’m not who I thought I was.”

Your defenses fall, your shoulders sag, you’re  left completely open and vulnerable. And Uncertainty, ever the opportunist, begins to pile on in earnest.

So how do you successfully battle this barrage? Keep in mind that anything I say from this point forward is only my best attempt at a strategy. Please don’t make the assumption that just because I’m writing about it that I’ve conquered the foe and enjoyed the warmth of sweet victory upon my shoulders.

No, I’m struggling through. Every day is a battle. Every day. Each morning I have to rise and ask myself if I’m up to fighting this battle again. Am I really up for this struggle?

I was talking to my best friend (Lainey) about our journey of the last 14 months and she said this, “I’ve learned that Faith is not a decision you make once. Walking by Faith is a decision you have to make every day.

To me, Faith is a decision I might need to make minute by minute. “I will walk by Faith right now.” I would say that yes, Faith conquers fear and that you need Truth to conquer the Insecurity. So, what is truth? You are Intelligently designed. You are a person of destiny…born for a purpose and given the gifts and talents to achieve that purpose. By choosing to walk in Faith and by clinging desperately to Truth are the only ways to win in the daily conflict with Uncertainty.

Faith is your shield and Truth is your sword. You are helpless and hopeless without them.