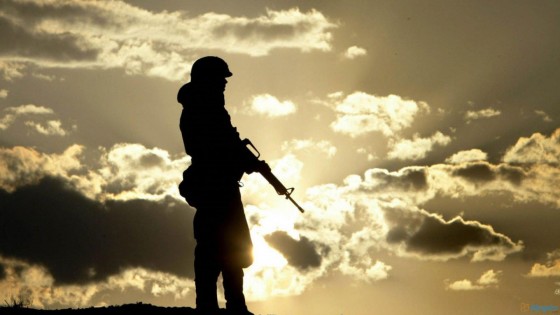 I’ve been doing quite a lot of thinking lately (with help from Graham Cooke) about the difference between a soldier and a warrior.

Soldiers, in this context, operate from the outside in. In other words, outside circumstances have dictated their status as a soldier. Soldiers are really just farmers, accountants and convenience store clerks who have been pressed into service as soldiers because the enemy is coming and a defense is needed.

These soldiers don’t own their own weapons and their training is probably not very broad. The soldier has signed up to help when needed to fill out the ranks for a particular time and when that time passes, he will go back to his former life.

On the other hand, a warrior operates from the inside out. She has determined that a warrior is who she is no matter the outside circumstances. She has committed herself life to the art of war and lives without fear of the enemy because she is prepared. She has become a student of strategies, weaponry, and her enemy.

Strategies. The warrior knows, because of his studies, how to attack his enemy in order to do the most damage. He understands where attacks may come from and sets up reliable defenses against those attacks. He’s even studied history and makes note of successes and failures of the past. He learns from those who have gone before. He has become a student of the “how” of battle.

Weaponry. Unlike the soldier, who doesn’t own his own weapons and who’s experience and skills are limited, the warrior has made a practice of learning and developing deep skill in a wide array of weaponry as well as hand to hand combat. Because he realizes that an attack can come at any given time, he is always prepared with several weapons and he is adept at all of them.

Enemy. The warrior has made a practice of studying his enemy. He knows the enemy’s tendencies, not only toward opponents but he knows how the enemy will try to attack him. He has studied his own past and he knows his own places of weakness.

A warrior has chosen this way of life. She’s dedicated herself to it. It isn’t something she does. It’s part of who she is. As terrible and horrific as the battlefield is, she understands that the enemy has an agenda and she rises to meet him. In fact, it’s a place she actually feels comfortable because she’s doing what she’s been born to do; to defeat the enemy.

A warrior doesn’t just fight for a season. A warrior fights for life.

So, which are you?

In order to defeat the dragon of resistance…the enemy who comes to keep you from your destiny, you will have to have a warrior-like mentality. Why? Because fighting the dragon is a regular occurance. His agenda is to kill you, steal your destiny and destroy your legacy.

This is personal. This is a fight only a warrior can win.