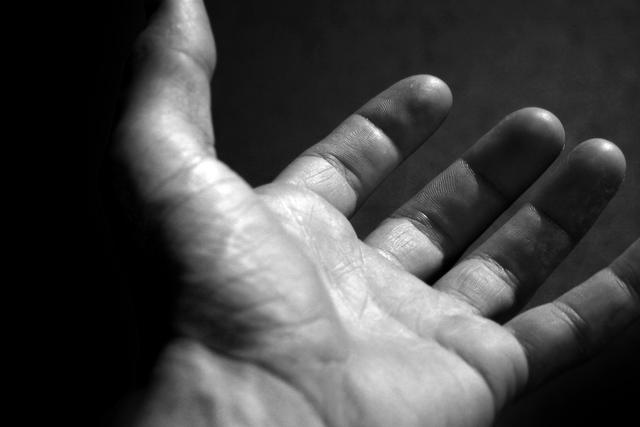 In the book of Exodus, Moses is given the enormous task of

Oh and more more thing…when asked “Who sent you?” He was supposed to say, “I am sent me.” Uh. Yeah. That sounds reasonable.

When faced with the enormity of the task in front of him, Moses asked God a simple question, “What if they will not believe me or listen to what I say?” (Fair question)

What does God do? Well, if I were writing this story, I’d have God choose this particular time to peel back the Red Sea or make water gush out of a rock or open up the earth and swallow the unbelievers. In a rush of thunder and lightning and flames and wind, God’s voice would bellow, “THIS IS WHO I AM! BELIEVE!”

But that’s not what God did. He answered Moses’ question with a question (don’t you hate it when He does that?). He asked, “What is that in your hand.”

Now I want to make sure you’re getting this. This is God. The most creative force in the universe. He controls the wind and the weather. Heck, He controls the sun and the stars! And yet when asked by Moses for a sign of supernatural greatness, God asks about the stick Moses carries in his hand.

It’s the desire of your Father God to prove Himself through the simple things that pass through your hands daily. Your talents, your money, your children, your time (your house, car, lawnmower, blender and television) are all meant not only to remind you of who He is but also to point others in His direction.

God wants to prove His supernatural greatness through YOU. And yes, occasionally that might mean a dramatic healing or deliverance but more often it’s by breathing His Life through the normal stuff you pick up and use every day.

Don’t look for God in the Big Showy Stuff.

He’s most usually found in the small stuff. The stuff small enough to fit in your hand.

Ask Him to fill your hands with wonder.