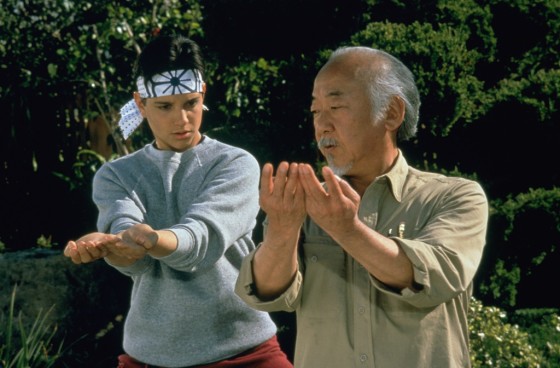 We all remember the movie Karate Kid (wow, was did it really come out in 1984?). In the first part of the story, Daniel goes to Mr. Miyagi to learn karate and instead of an immediate regimen of martial arts, Daniel is made to wax the car, sand the deck and paint the fence and the house.

After days and days of the boring routine Daniel confronts Mr. Miyagi. He complains that he hasn’t been learning karate at all. He’s just been doing the old man’s chores.

Of course this is where Mr. Miyagi makes an attempt to strike Daniel only to have his hand blocked by a perfect “wax on” move by Daniel. In a flash Daniel realizes that he’s been learning and training the whole time. But it was all under the radar.

You knew that Mr. Miyagi learned that technique from God, right?

God will almost always train us under the radar. We think we’re doing one thing only to find out later that we’re doing something very different…and that we’ve been perfectly trained for what we’re doing. I guess if we knew where we were heading we’d run too far out in front doing all the wrong things and we’d never be prepared for the life God has for us.

I probably do things now on a daily basis that I was trained for by God without even knowing it. I knew it was tough at the time. At the time it seemed pointless. But God had a reason. And now I’m thankful.

No worthwhile training is enjoyable. It’s hard. That’s why it’s called training! But if you stick with it you’ll be able to enjoy the lasting fruit.

Chances are that the difficult times you face today are training exercises for something God wants you to be prepared for in the future. It might not make much sense now but that’s because you can’t see where He’s leading.

You’re going to need the skills tomorrow that you are learning today.