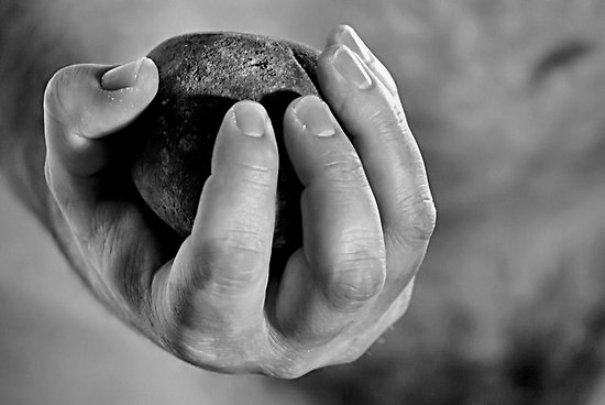 You know the story. The woman is pushed and shoved through the streets by the self-righteous religious and thrown down in front of Jesus. They’ve got the bait and now they set their trap, “Teacher, this woman has been caught in adultery, in the very act! Now in the Law, Moses commanded us to stone such women; what then do you say?”

Jesus saw the trap a mile away and answered accordingly, “He who is without sin among you, let him be the first to throw a stone at her.”

The crowd dispersed, dropping their stones along the way. The woman is saved and forgiven and escapes a certain and painful death.

But what about Stephen? The crowd rushed him. They picked up stones, picked their target and prepared to throw. But there was no Jesus in that moment to save him. Stephen wasn’t an adulterer. He wasn’t a murderer or a thief. He was an agent of change. He was preaching the coming of the new Kingdom. He was sharing the good news of Jesus Christ. And they for that, they let fly and threw the stones and killed him dead.

So what do we do with the stone throwers?

It’s interesting…Jesus and Stephen set the example for us in the exact same way, “Lord, do not hold this sin against them!”

Our path is clear. We show our strength. We humble ourselves and we forgive.