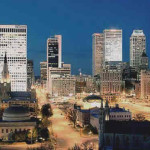 I’m traveling to Tulsa today. Heading home (and posting this from my mobile). This is the longest I’ve ever been

Welcome to WordPress. This is your first post. Edit or delete it, then start blogging!

April 22, 2010 No Comments on From Seth’s Blog – Live Linchpin recording

Some people have recommended that I start selling these recordings in the iTunes store. For now, I think it's more

I don’t need a job

You know how you can know something maybe for days or weeks before you're even aware enough to articulate it?

CCCA gets a new president

September 29, 2009 No Comments on CCCA gets a new president

February 6, 2009 No Comments on Back in business

After quite a bit of brain crunching, I finally figured out how to switch my domain name back to this

I was in the park yesterday doing some much-needed thinking and writing after a Your One Degree seminar. It was

With this being Easter Weekend, I thought I’d share with you a message I spoke last Sunday at Bread of